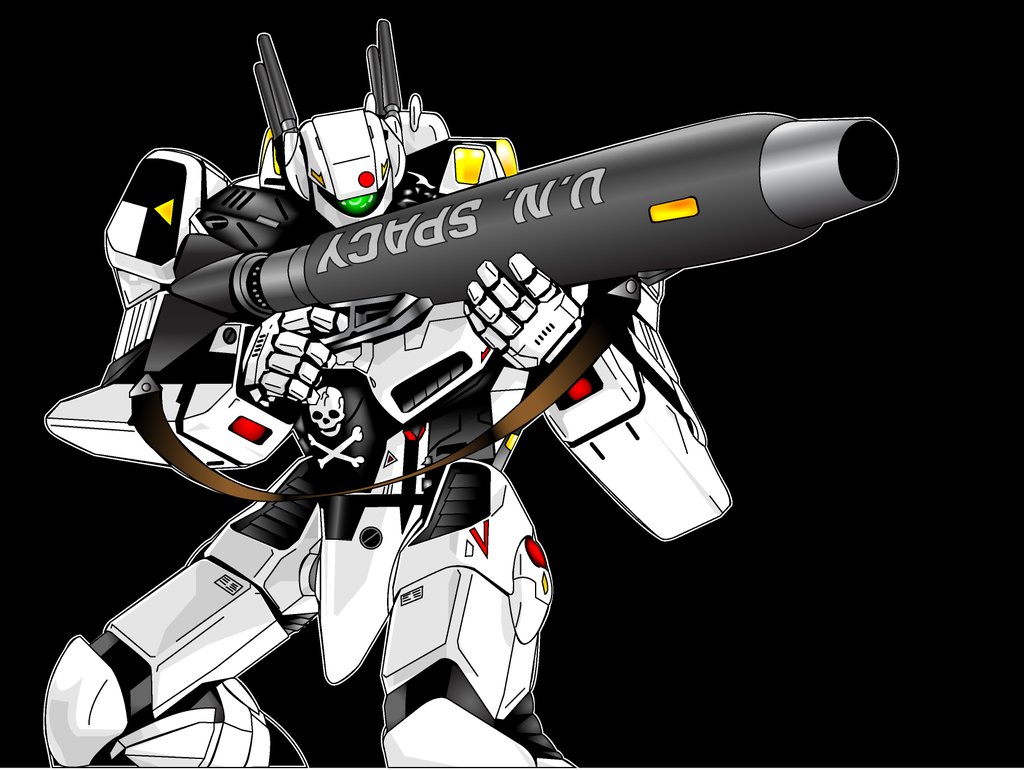 It definitely was a trap.

In this Open House special, it was the Guides themselves who were ambushed. Give a listen as three of the Guides finally get a chance to play in a first war Robotech game for Macross Saga.

Finally, our GM Robert gets a chance to actually play pure, perfect Robotech...

Robotech - A Synopsis of the First War

In order to help atone for the lost last bits of the last episode, we summarize the events therein, as the first Robotech War comes to its end....

It ends here.  Everything the Kill Bunnies have sacrificed.  Legendary characters are put on the line, as the SDF-1 makes its desperate attempt to put an end to Dolza's fleet with one single action.  Phoenix Squadron, Skull Squadron, Darkangel Squadron, and the Killbunny Squadron, they all leave everything on the field.

Nobody comes back whole from this one.

As before, the last part of it is unavailable, again we apologize

Do you mind? I'm trying to do some Intergalactic Brinksmanship here.

We've experienced some technical issues, our recorder has been only recording the first 2 Gigs of data for our games, but as of this post, they have been fixed.  Please bear with us.

Aboard the SDF-1, the Chronos Ascendants have still been lurking about, and now, in full view of the Zentradi armada who come to the RDF defenders bringing dire news, now they choose to make their mark.   A dangerous situation for all involved...

This AP is cut off early unfortunately unrecorded due to an issue with the machine.

Surely with the SDF-1 and Earth's advances, we'll emerge triumphant this time!

The SDF-1 has finally gotten close enough to Earth to make contact, but the Zentradi armada has jammed all transmissions from the Space Fortress.  It comes down to Kill-Bunny Squadron to attempt to pass the blockade in order to reach the United Earth Government in some form or another...and reunite with an old acquaintance.

First we begin things with a short interlude as the Kill-Bunnies get a few moments to cope with their lives, now that Khyron's assault had been repelled.

While most of the group has already lost everyone they hold dear, Nalide Namaneka fights tooth and nail to protect the shattered remnants of her family, only to lose her elder brother during the latest assault. Now all she has in the world is her young sister, and the girl speaks the truth.

We're all going to die on this ship.

With the Zentradi barricade around the SDF-1 , Breetai has effectively shut down the SDF's movement home finally. All communications are jammed, forcing Captain Gloval to attempt a risky plan. The K-Bunnies are to escort his 2nd in Command, Lisa Hayes, and their own former companion, Bella-Lyka, to Earth.

Nalide reveals the existance of a combat cocktail she had acquired, from her shady CO, called Zone.  Rumored to boost reflexes for a short time frame, the backlash of the drug may just outright kill its user if the enemy doesn't.  Still, with a mission of this great importance, is there no risk too high?

With the new booster system, and a screen by Darkangel Squadron, it may yet be possible to slip through unnoticed, and take a straight shot to Earth.

The question looms, how has Earth changed in the eight months since the Zentradi assault?

Killbunny Squadron gets some interesting new orders in this episode.  Nuff Said!

Bad enough when someone sideswipes you on the road...

Just as the Kill-Bunnies (as part of Vermillion Squadron) manage to complete a daring assault on Miriya Quadrano's ship, in a daring mission to remove the dangerous Female Zentradi from the war, the inevitable counterattack occurs within hours.   The wily and unpredictable Khyron has returned, spacefolding his own cruiser up into the side of the SDF-1, and launching a major boarding party into Macross itself.

With the K-Bunnies back in their Destroids, the hardest part is the wait to be called in.  Family is threatened, Daniel Tosh makes an appearance again, and someone in the group can't roll over a goddamned 4!  The SDF's resources are strained to the breaking point, but its at times like these that only tactics and luck can win the day...

Is it a Ghost in the Shell if I am both the ghost AND the shell?

Last time, the party had met a single Female Zentradi in combat. She nearly devastated everyone simultaneously with the onslaught of mini-missiles and carnage. The party was out of their own missiles, outskilled, and missing most of their weaponry.

Only through the actions of the Lieutenant, Nalide Namaneka did the group survive, as she chose to ram it as her team provided cover. However, as her mech was destroyed as well, she could swear she heard a scream from within the mecha...

A week later, after some much needed psychology and family time, the party has been on milk runs since the incident, and now have to deal with the social aspect of life. With the Miss Macross competition looming, Nalide finds herself disgusted with the entire glamour of it, and yet she has to keep the promise to her little sister to go on stage.

The mission presents itself afterwords as Command develops a plan to possibly take the Female Zentradi out of the war, and the K-Bunnies and the rest of Vermillion Squadron are called into action.

But will the extraordinary advantage known as the HALO System be enough to survive fighting more of these missile-laden aces?

{Game note: two hours of play was unfortunately missing from this AP, it will be recapped when next we play)

Khyron was a personal nemesis for the Killbunny squadron.  After all, his forces on Mars took Killbunny Squad to task, killing several notable pilots in the assault.  Of the team, only two survived, and Commander Nakamea refused to let the death of her best friend, Toph, be forgotten, and set Khyron in her sights...